The angrier I get the stronger I get! I’m the strongest one there is! Hulk Smash!
— Bruce Banner

I discovered comics around the age of ten while at my neighbor’s house.  One day I noticed one of the older kids at my neighbor’s house was drawing something on a sketch pad.  I inquired on what he was drawing and it was a sketch of Spiderman. I  was instantly interested in knowing more and more. The older kids explained that he got his ideas from reading comic books. He pulls about a tub full of comic books from under his bed. I  was like a kid in a candy store and wanted to know more and more. I had seen comic books before but they weren’t interesting. I was interested more about girls during that time. I spent an entire summer reading comic books instead of playing outside. I would read the comic of Spiderman, X-Men, the Fantastic Four, Black Panther, and the list goes on and on. I was introduced to the DC comics as well but my excitement stayed with Marvel comics. I would be engulfed into the comics putting myself as many of the characters. I could relate to so many in different levels. On Saturday morning after watching cartoons I flipped the channel and saw this green monster picking up cars and destroying things. I thought it was a scary movie but something kept me intrigued. I sat and watched this green beast turn back into a man. Mind blowing at the age of eleven so I looked in the TV guide to see what the name of the show was called. Man, I’m telling my age. The name of the show was called The Incredible Hulk. I was drawn to this TV Show and continued to watch  The Incredible Hulk marathon the entire day. The next week I went over my neighbor’s house and told the old kid about this show. His reaction “Oh you mean Hulk” Yeah man the green dude as an excited stated. He’s alright, I got a few comics in the tub, you can have them if you want. I was overjoyed at this point scrabbling to find the comics in the tub. I found about ten comic books on the Incredible Hulk.  I took the comics home and started my own shoebox of comic books.  Each time my mom went to town, I would ask to go to the comic book store to buy more comic books. Thinking back all my allowance went to comic book and the corner store to buy snacks. My Incredible Hulk comic book collection grew to two big boxes of comics.

I related so much to the Bruce Banner/ Hulk character.  I was a smart kid who enjoyed school and researching things but there was a side that was full of destruction.  Over the years, my anger has become something I have had to get control of. It wasn’t until my anger and actions caused me to be involved with law enforcement. Thinking back I was a quiet hot head, I would get excited or angry quickly, no matter what time of day or night it was. There were times, I would put holes in walls, break things and not care who was in my way. I remember in middle school, I got into a fight with a kid named Brandon talking trash to one of my friends while in guy class.  when I would get upset, I would take my glasses off and put them in my pocket. After that happened it was “go time” and I was a completely different person. In this particular fight, I kept my glasses on.  I stood my ground and put them hands-on Brandon. I probably got two good hits and Brandon whipped my butt. I am putting a soft spin on it but he kicked my butt.  The fight was broken up my some students and the gym coach. I had a busted lip and cuts all over my face due to my glasses getting broken.  Want a visual: 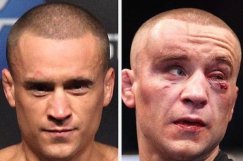 You would think after getting beat up I would sit down and chill.  I only got worst after that fight. After being suspended three days, I  came back to school ready for round two.  The school separated us and I hardly saw Brandon again until the last day of school. I had another beef with somebody else so I passed on the opportunity to get my rematch.  I started to display aggression more and I was taken to see a counselor. I started to internalize my anger shortly after talking to a counselor. I started using coping skills such as walking away or saying nothing at all.  I was often seen as a quiet person who wouldn’t get mad. It became extremely hard to control the rage just as Bruce Banner tried to control the Hulk.  I maintained until I was 15 years when I went into a fury of rage. I remember getting into another fight in the neighborhood and just seeing red. My mother was unable to control me and the smallest thing would send me off the handle.  Once I calmed down, I would see what my actions caused. Holes in walls, glass broken, my mom crying a pool of tears was all caused by me.  I had started wrestling in high school and my anger was taken out of my opponents on the mat.  Whatever would upset me, I would store it in my memory and just before I had a wrestling match I would go to the bathroom or a corner. While isolated, I would force it all those things that upset me causing me to shift into a ball of anger.  I remember the time, my coach benched me for one of the freshmen wrestlers at a Laney High School meet. Talking about mad, I was burning up on the inside. I shouldn’t have wrestled that night but I did. I paced back and forth before the match and I never shook the kid’s hand. The whistle blew and it was “go time”.

I remember taking the kid down with a double leg takedown:

Then as soon as he got to his feet, I tossed the kid with an overhead suplex:

A suplex is illegal in high school wrestling due to the risk of injury.  Instead of holding on to the kid, I let go and the kid slammed the mat on his back and neck. The first aid responders were called and my careless actions caused the kid to forfeit the match. My coach didn’t say a word to me and I  just walked away without feeling guilty. The next day, my coach called me into his office and told me that I was to sit out three matches. At this point, I was so nonchalant and he knew it. His exact words were “Richard you F****** up, you are already on supervised probation and one more incident to get kicked off the team”. It didn’t hit until I was sitting on the bench while watching someone else wrestle in my place.  My coach started to work with me on my anger to calm the Hulk inside. The last incident that I went out of control was my days after my 16th birthday when I went on a warpath. My mother switched my room to a smaller room in the house and I was not happy about it. I remember seeing my new room and I lost it. I remember flipping the mattress, the dresser and anything I could get my hands on. I mom couldn’t handle it so she called the police. I had barricaded myself in the room with the dresser and bed blocking the door. I remember the police knocking on the door but I wasn’t coming out. Two officers started to break down the door and I remember seeing the box spring coming toward me as I turned to jump out the window.  I was pinned between the box spring and the window. The box spring had wood under it and a piece had pierced my back.  I wasn’t arrested but the police escorted me to my grandmother’s house to spend a few days which turned long-term.

I finally started to settle down after living with my father for a year and half. Plus I had broken my wrist at wrestling practice so it humbled me. I started to put parameters in place to avoid getting upset and used relaxation of listening to music to calm me down. Al Green and Bobby Womack’s music has calmed me down and still does. As a result, I don’t get angry as quickly as I used to. I can go from 0 to 100 if pushed. I try to use working out, walking, listening to music, cooking, coloring, or eucalyptus candles to center myself back to normal. Looking back, I realize that anger and rage affected everyone around me. If you are dealing with anger issues try to find a cure or root just as David Banner worked hard to find a cure for the HULK. The root of my anger was the hurt, pain, and anger I had for my father.  Once dealt with it, I became a different person. It did not happen overnight and it’s still ongoing process. Just know you have to cure yourself every day.